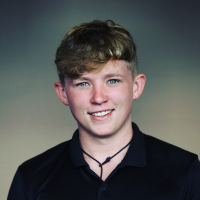 Have you noticed a change in your Instagram feed recently? Don’t worry you’re not the only one, ‘thousands of others’ have too!

Founded back in October 2010, Instagram quickly became a popular worldwide social networking app reaching 10 million active users within its first year of release. With the company’s vision to share mobile photographs “fast, simple and beautiful”, the social media network has since erupted.

Other social networking platforms noticed the rapid growth and preventing this new platform from becoming “the best photo sharing experience” was starting to look unstoppable.

You know what they say, if you can beat them, join them.

In April 2012, Facebook purchased Instagram for $1 billion, however, both companies pledged to run Instagram as an independent service. For both networks, this was a huge milestone, Facebook, for the first time had acquired a company/product with so many followers/users attached and for Instagram, well…

Instagram continued to rapidly grow and grew to become the second most used social media network to this day. The two teams continue to work together to create “great new experiences” for its reported 500 million daily users with frequent updates and added features to support their statement.

Head of Instagram, Adam Mosseri announced recently a new update for the app in which he shared that the like-count on a post will no longer be visible, or necessary for its users. His reasons behind this, “is to try and depressurize Instagram, make it less of a competition, give people more space to focus on connecting with people that they love, things that inspire them.” Mosseri also stated “It’s about young people,” however, with an update this drastic, not all of the 500 million daily active users ‘like’ the idea.

Instagram announced that the” fundamental change” had been tested and had received positive feedback from the global community. This may be the case, but not for everyone is this update going to be positive. For the likes of social influences and business owners, time and money into creating a consistent following and engaging profile will be affected by such update. But why?

Over the years, Instagram had built and become a platform that provided phenomenal marketing and space for advertising. The app managed to conduct both quantitative and qualitative social campaigns and enabled brands to engage with their target selective demographics.

However, due to the update, users have spoken out to Instagram questioning the removal of the like-count. Furthermore, some users have stated that the issue regarding likes no longer being visible to the public, that it’ll affect how influences and brand work together on their campaigns.

But, not all influences and brands have taken the update as a negative, some have stated that the update is purely a positive move for the company and its network. Some creators are suggesting that likes aren’t the only factor that makes a campaign successful and that instead of complaining, focus more on creating content that suits you. The update has ultimately allowed influences the opportunity to post freely and not to worry about how their post does statistically.

Will likes be gone forever?

As Instagram stated this is a test, however, it seems as if the company is ready with the global update roll out after expanding its testing across multiple countries.

For now, Instagram seems to be happy with the feedback and are aware that it has affected the experience of some users, however, are looking into new ways to positively evolve the apps experience for every user.