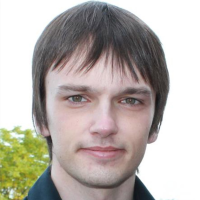 With major sporting events cancelled and the majority of the population under lock down on account of the Covid-19 epidemic, the rise of Esports in 2020 has been exponential.

Friday 13th March 2020 was a very dark day for Formula 1. The season opening Australian Grand Prix was cancelled and thousands of angry team personnel, drivers, fans and journalists were forced to turn around and go home having travelled to the other side of the world for an event which was never likely to take place on account of the Covid-19 epidemic.

The call to cancel the event was simply made too late in the day; bringing much embarrassment to the sport and its leaders. However, their response subsequently has been an example to which other sports and businesses should aspire.

With countries on lock down and movement restricted, Formula 1 has instead opted to set up an eSport series where regular F1 drivers are invited to take on celebrities and professional Esports drivers using the official F1 2019 game.

How Has It Been Received?

The inaugural Vietnamese Grand Prix was supposed to take place on Sunday 5th April. However, due to its cancellation the F1 group arranged for six F1 drivers to join their Esports race with a field which also compromised of former drivers, including 2009 World Champion Jenson Button.

This second Esports race was broadcast across Formula 1’s YouTube, Twitch and Facebook social media channels in addition to being the Big Sunday Night Sporting event being broadcast during prime time on Sky Sports Main Event!

Although we are still waiting for official figures to come in from this race, F1’s Head of Digital Growth and eSports, Julian Tan, has revealed that the original Esports race which took place took place on 22nd March was viewed by 3.2 million people online and peaked at 1.2 million with TV viewers.

What Does This Mean for Motorsport

Have Esports created a new training ground for racing drivers?

Formula 1 is often criticised for being elitist owing to the high cost of competing.

Unlike Football where kids can go to the nearest field for a kick-about, racing Go-Karts at the professional level often proves to be a high barrier to entry.
However, Esports have been slowly changing this. Back in 2011, British Driver Jann Mardenborough beat off 90,000 other entrants to win the online Gran Turismo Academy competition.

Mardenborough has subsequently gone on to race in as high a level as the GP2 Series (now called F2) which sits below F1 in the hierarchy. Not bad for a 19 year old who had been racing from a bedroom in his parents’ house!

With the Covid-19 crisis making F1 Esports events far more mainstream, it is likely that Mardenborough will not be the last online gamer to make a career out of actual racing. Those long held barriers of entry may have just been lowered by the rise of Esports.

However, some of the sport’s most influential online fans are unconvinced that the rise of Esports will open the doors to actual on-track competition.

Richard ‘Spanners’ Ready, a BBC Radio presenter and host of the popular Missed Apex F1 Podcast believes that while the sports fan base will grow as a result of this crisis, the lack of realism in the official F1 game will not create a ready route for young drivers into the sport:

“The epidemic has really made more fans turn to Esports due to the fact that they can’t watch their favourite sport as normal. I think as more fans become engaged with this and as long as the sport continues to encourage drivers to take part in these online races, then the rise of Esports should continue”

“That being said, I would much prefer to be seeing drivers playing in real simulations rather than the F1 game; but I do completely understand why they have to do this from a branding point of view.”

What Does This Mean For Other Sports?

Sports & Businesses can use social media to keep in touch in their target market.

Formula 1 has very much blazed a trail here, creating an online model that other sports can only dream of even if this hasn’t produced a path through which to train young drivers.

By allowing fans to engage with its stars in Esports competitions, it really has carved out a much more committed segment of the younger consumer market. This brings major benefits to sports sponsors at a time when their advertising would otherwise have been wasted.

It is likely that these Esports F1 races would not have been as successful it wasn’t for the efforts that the sports leaders have made to build up their social media profiles. Motorsportbroadcasting.com reported that Formula 1’s social media following has increased from 7.9 million in March 2017 to 21.6 million in November 2019.

If it hadn’t been for the efforts of F1’s new management to build this following, it would have significantly reduced the sports means of communicating with fans and hence fewer would have known about the online competitions in the first place.

What Learning’s Can Other Businesses Take?

Formula 1 may be a sport, but it is also a business. The current situation could have been potentially abysmal for F1 as its only traditional outlet through which to reach its target market has been completely cut off.

Now, thanks to the growth of digital communication channels, the sport has not only managed to keep its customers engaged but actually increased their means of becoming involved with their brand.

This really goes to underpin the possibilities available to companies with social media. If you can provide the right messaging and the right format for your target customers to become engaged, then these digital marketing channels can actually become far more powerful than traditional means of above the line activity.

Not only does social media marketing have the potential to be more effective, but it is also much cheaper than traditional above the line marketing; and in the case of F1 it has been Completely Free.

These kinds of cost savings are going to be absolutely essential for businesses as the economy sets about recovering from the current epidemic.

It is important not to stop marketing when budgets get hit. You need to find other means of remaining engaged with your customers in order to remain top of mind. This is exactly what Formula 1 has done in response to the epidemic.

It’s never too late to react. Get in touch with Kolodo Agency to find out what we could do to boost your social media marketing as well as learning how else we can help you grow your digital marketing channels to help reduce your marketing expenditure in these difficult economic times.

We are on hand and raring to take you into the post Covid-19 world.